You are here: Home / SVH self-image
Table Of Contents

These are the 4 pillars of the club’s activities that the Seglervereinigung Hüde has been working on intensively for years.

Positioning the club as a sportsclub

World champion, European champion, German champion, Lower Saxony youth and junior champion, first in the rankings, winner of the Travemünder and Kieler Woche, participation in European and youth European championships with remarkable results, as well as participation in countless German championships and, in addition, first-class placings in so many rankings regattas – that is the impressive record of the active regatta sailors. If you add the number of entries for the “internal” regattas, such as the Club Regatta, Mothers’ Cup and Match Race, it quickly becomes clear that the boats in the SVH are not only in the water for coffee sailing. With over 200 members, the SVH is not a particularly large association and with a membership fee of € 200 per year, it is extremely affordable. It follows that regatta sailors cannot be generously supported financially. The fact that they nevertheless enjoy representing the club’s colours at regattas is due to the high status they enjoy in the SVH. Both former and active, good regatta sailors are of course members of the board. But also the organisation of many top-class race series is an integral part of the club’s work. Rohrdommel, Haubentaucher, Glasenuhren, Dümmer- Traditional, Hüder Pokalwettfahrten, Dümmerfinale – these are the names of the regattas organised for the Wettfahrtgemeinschaft Dümmer In addition, there is at least one German championship per year. These sports weeks and weekends leave a lasting mark on the SVH’s image.

Intensive youth work is indispensable to ensure that we always have young sailors. Several courses, graded according to age and ability, are offered each year at SVH and are well attended. These courses are open to youth sailors from other Dümmer clubs and are of course embedded in the WG Dümmer. In recent years, it has been possible to recruit former youth sailors from our own club for this coaching position. The young sailors’ identification with the coaches and the club increases enormously as a result. For almost a decade, SVH has been a stronghold in the training of Europe-Class sailors In 2016, over 30(!) girls and boys trained from SVH under the most professional conditions possible. There are also several Optimist beginner courses. The Teeny class is now also trained at SVH.

To ensure that all these activities can be carried out smoothly, an intact infrastructure is necessary. The SVH clubhouse is also the soul of the club. The house is equipped for the “normal” club life as well as for the rush of out-of-town sailors. As the grounds are large enough to accommodate all the sailors and their equipment right at the club (sometimes with the friendly assistance of the neighbouring club), members have to keep updating their clubhouse. A few years ago, the clubhouse was renovated at great expense. The SVH harbour, newly built in 2005 according to ecological principles, is certainly a jewel. After eight years of preparation, the club was able to prove that sailing on the one hand and flora and fauna on the other can certainly coexist. A total of 6 slipways and a spacious area ensure smooth operations in both normal and regatta mode. Nevertheless, you can relax in peace on these grounds. An abundance of fish in the harbour, water plants that have become rare and breeding pairs of birds are now part of the usual picture.

Involve members actively in the work of the club

Only committed club members make this elaborate club life possible. For the regattas, there are a total of 6 licensed race officers and a myriad of umpires, as well as several complete regatta crews. For many young people and other club members, helping at regattas is a matter of course. All measures, which as a rule always entail additional work, are not prescribed by the board, but decided jointly. As a result, the acceptance of new things in the SVH is always very high. All activities around the regattas are always designed in such a way that all club members can and should participate. So it is accepted calmly when the club grounds are crowded again, and hospitality is lived by all.

All activities are subordinate to one goal: To attract new youth or full members to the association during these times. The Dümmer is not exactly in the vicinity of large cities. Competition from other sports is also causing problems for sailing clubs. Not to mention the increasing cost pressure. Mergers of clubs and in some cases even the dissolution of clubs are the result. The Seglervereinigung is not one of them. The association is rejuvenating itself by welcoming a large number of new youth members and has a lot to offer for families with children, so that the natural fluctuation in full members is also absorbed. 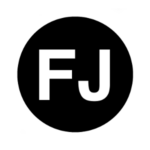